Free shipping over £150
Back to Mushroom Supplements

Increases oxygen intake and speeds up recovery.
If only the Russians had known about the power of cordyceps mushrooms, they may still be in the Olympics (too soon?!). We can joke about the Russians because we’re from Finland, but smiles aside, cordyceps is one powerful little ‘shroom packed with energy support that any athlete or weekend warrior can enjoy.

Four Sigma Foods
Cordyceps Medicinal Mushroom Drink
Supporting energy levels goes hand in hand with better physical performance as cordyceps are known for keeping lethargy at bay. Cordyceps are our secret ingredient for helping us to perform athletically. Aside from supporting energy, stamina and athletic performance, cordyceps have been studied for their strong antioxidant properties.

A MUSHROOM FOR THE EXTRA MILE

Cordyceps is an adaptogen, not a stimulant, so it helps you produce and maintain constant energy levels. Coffee can give you an energy spike, followed by a crash; cordyceps, on the other hand, helps your body produce its own long-lasting energy. A compound called cordycepin is an adenosine analogue that increases the speed of ADP (adenosine diphosphate), which transforms into ATP (adenosine triphosphate). This matters because ATPs are coenzymes that transport energy within the cells; more ATPs means more energy … and cordyceps has been shown to increase ATP levels by up to 50 percent!

Cordyceps can also increase maximum oxygen intake (VO2 max). Many asthma sufferers and former smokers experience great results with cordyceps, but all of us can benefit from increased breathing capacity. Cordyceps is believed to remedy fatigue, which is why it has also been used to recover from severe illness and surgeries. It offers the perfect nutrition for people whose energy levels have been depleted over a long period of time, and also works great for athletes recovering from hard workouts.

How and when to use:

The main ingredient in our Cordyceps Elixir is, of course, pure cordyceps mushroom. Each packet includes 1,500 mg of the most potent cordyceps CS-4 extract with at least 40 percent polysaccharides (including more than 15 percent beta-glucans) and 15 percent cordycepic acid. No starch, sugars, or any fillers … at all.

To make sure you are able to get the most out of this mushroom, we have dual-extracted it for you. This means that all of the active water- and fat-soluble components have been made bioavailable with boiling water and alcohol, respectively. After removing the alcohol and concentrating the extract, we spray-dry it back to powder.

We use the cultivated Cs-4 strain of cordyceps, which is the form that most studies are performed on. The mycelium is cultivated by liquid fermentation in an optimal nutrient solution that contains amino acids and sugars for it to feed on. We don’t use caterpillars in our production methods, and our product is suitable for vegans. There are no grains in our process, either.

Asian ginseng (also known as Panax ginseng) is one of nature’s most well known and valued herbs. It is a potent energy tonic and an adaptogen that supports respiratory functions and, combined with cordyceps, works like a charm to get you going! Each packet includes 200 mg of strong ginseng extract, made from a combination of both the roots and aerial parts of the plant.

Harmonizing and naturally sweet licorice brings a unique touch to the cordyceps mushroom. Licorice is used in more formulations than any other herb in Chinese herbalism because of its ability to enhance and smooth out the effects of other herbs and mushrooms. There are 200 mg of licorice root extract in each packet (which contains less than 0.9 mg of glycyrrhizin acid).

Delicious mint leaf is included in this elixir for a nice bit of added taste and for its soothing effects on the stomach.

We’ve always held these beautiful, deep red Vitamin C bombs close to our heart. As kids, we used to take the “itching powder” from inside of the fruits; later on, we started eating them as an energizing roadside snack. We wanted to include them with our mushrooms to increase absorption. Each packet has 15 mg of natural Vitamin C from the rose hip extract (25 percent RDI), which makes it easier for your body to take in the mushrooms.

We add a pinch of stevia leaf extract for calorie-free sweetness. This mix is composed of less than 1 percent stevia because our stevia is a high-quality concentrated extract without any metallic aftertaste.
Only 5 calories per serving. 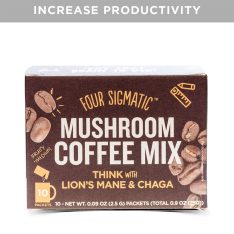 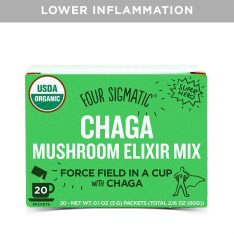 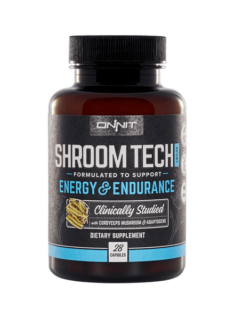 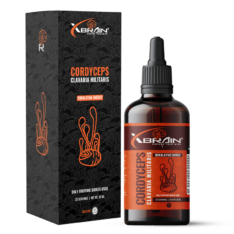 £25.00 — or £19.99 / month Select options
Show filters
We use cookies on our website to give you the most relevant experience by remembering your preferences and repeat visits. By clicking “Accept All”, you consent to the use of ALL the cookies. However, you may visit "Cookie Settings" to provide a controlled consent.
Cookie SettingsAccept All
Manage consent

This website uses cookies to improve your experience while you navigate through the website. Out of these, the cookies that are categorized as necessary are stored on your browser as they are essential for the working of basic functionalities of the website. We also use third-party cookies that help us analyze and understand how you use this website. These cookies will be stored in your browser only with your consent. You also have the option to opt-out of these cookies. But opting out of some of these cookies may affect your browsing experience.
Necessary Always Enabled
Necessary cookies are absolutely essential for the website to function properly. These cookies ensure basic functionalities and security features of the website, anonymously.
Functional
Functional cookies help to perform certain functionalities like sharing the content of the website on social media platforms, collect feedbacks, and other third-party features.
Performance
Performance cookies are used to understand and analyze the key performance indexes of the website which helps in delivering a better user experience for the visitors.
Analytics
Analytical cookies are used to understand how visitors interact with the website. These cookies help provide information on metrics the number of visitors, bounce rate, traffic source, etc.
Advertisement
Advertisement cookies are used to provide visitors with relevant ads and marketing campaigns. These cookies track visitors across websites and collect information to provide customized ads.
Others
Other uncategorized cookies are those that are being analyzed and have not been classified into a category as yet.
SAVE & ACCEPT